2015 is a new year, bright with possibilities. But what does the future hold for the economy? Take a look at some of the expert predictions for the economic year ahead. 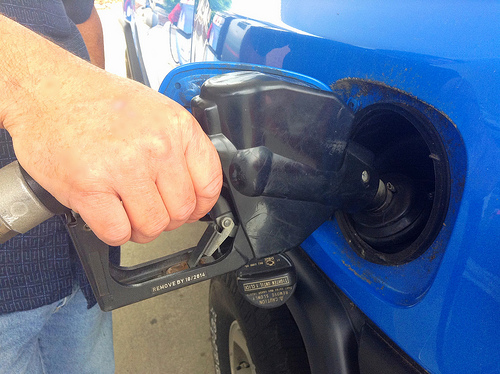 At the start of the summer in 2014, a barrel of Brent crude oil cost $115 a barrel. By Christmastime, it cost half that price, and it continues to fall. The link between the cost of oil and the world’s economy has long been studied by students working toward a Bachelor of Science in Economics degree. The economic boom between 1948 and 1973 was built on the back of cheap oil, while the four postwar recessions have all coincided with increasing oil costs.

It makes sense when you think about it, since the cost of oil dictates gas prices. When they fall, motorists have more money in their pocket which they can invest in other things. The International Monetary Fund suggests that falling oil prices could boost the world’s economic growth by 0.8 percent more than the expected 3.8 percent.

All Eyes on China

China is regarded as the world’s biggest economy, so understandably its performance will have a significant impact on global economic performance. The past year was a difficult one for China. Beijing worked hard to repair the damage caused by big spending during the economic downturn of late 2008. It’s likely to continue this frugality in 2015, but economists aren’t sure how tight the budget will be.

A sluggish Chinese economy will weaken international exports, particularly for major trading partners like Germany and Australia. The price of goods leaving China will also continue to fall. As the Western markets are flooded with cheap Chinese imports, inflation will be driven down. Some economists suggest we might even see deflation. This will make central banks hesitant to raise interest rates, even if their own economies are thriving. This could create an asset bubble similar to that seen around 2007.

While central banks will be reluctant to raise interest rates, Nariman Behravesh, the chief economist at IHS, predicts that they will, if only slightly. The Federal Reserve hasn’t raised interest rates since before 2008’s recession, but Behravesh believes the U.S. organization will be the world’s first central bank to do so in June 2015. He predicts that the Bank of England and the Bank of Canada will follow the United States’ lead in August and October respectively, unless inflation rates significantly soften.

But the move won’t be mirrored in all the main economies. Behravesh says that the European Central Bank, Bank of Japan, and People’s Bank of China are likely to reduce their interest rates even further. This decision may be coupled with moves to provide more liquidity through asset purchases and other initiatives.

With oil prices and inflation falling and interest rates and the world’s economy predicted to grow, 2015 promises to be an exciting year for economists and anyone with an interest in the money market.