What’s Happening to Malls in America?

The shopping mall: the quintessential symbol of post-war optimism and prosperity, a convenient one-stop shop, everything a consumer could need in one place. For five decades, the mall was king, appearing in one form or another in every major town and city across the U.S., but in recent years, this dominant force of American consumerism has been on the wane. 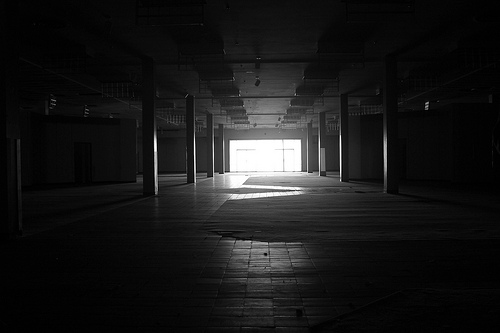 If this trend continues, an estimated 10 percent of the country’s 1000+ shopping malls will be forced into closure by 2022, so just what is happening to this once proud American institution?

Mall stalwarts such as Tower Records and Blockbuster were major casualties in the battle between online and traditional commerce. These firms have been forced to change their business model or die if they refuse, often leaving behind empty storefronts in malls that rarely get filled again.

As the recession squeezed their profits, many traditional retailers felt they could no longer compete with online entities. Brand loyalty went out the window as customers went online in search for cut-price goods, which led to dwindling visitor numbers in malls.

These online stores do not need to pay for hundreds of outlets across the country, nor do they need to pay for thousands of staff to run those outlets. Instead, they can slash their budgets and maximize profits by renting only warehouse spaces and offices, and by handling their own distribution, all at a fraction of the cost.

Take a look at the malls that are continuing to thrive. You will see that their common factor is that they are located in high-income areas and provide space exclusively to high-end retailers. This demographic of consumers were the ones with the fiscal fortitude to weather the recession that struck the country at the end of 2007.

Unfortunately, the same can’t be said for the rest of society. Less disposable income in the pockets of low to middle-income consumers meant fewer shoppers in malls across the country, which in turn hit the profits of these malls hard.

Times are hard for businesses in the wake of the recession, but they are also fascinating, and there are opportunities to be had. A reduction in demand for retail properties has naturally driven rent prices back down, making it easier for a retailer to rent mall space. However, very few businesses seem to be willing or able to take the risk.

Consumers who have been wooed by the lower pricing and increased convenience found online will be difficult to win back, but all is not quite lost. After the NSA scandal of 2013, increasing numbers of consumers are opting to take their shopping offline, citing a lack of trust that their personal details will be kept safe.

Whether these consumers will return to shopping malls soon enough, and in great enough numbers, to save these former powerhouses of American commerce remains to be seen. What is for sure, however, is that there are tough times ahead for the American shopping mall.