What You Need to Know About Economic Growth

To the vast majority of Americans, words like “recession” and “economic crash” were relics from history. They were words from Steinbeck novels, from history books, and grainy Pathe newsreels from a time before the heady optimism and unbridled progress of post-war America.

Then 2008 happened, and all that changed.

Looking back on it now, it’s hard to see how it all went wrong. The signs were all there, so how could those in the know let something so good slip into something so bad? It was a new millennium, with new optimism and a new future, and then it was nothing.

Definitions of a recession vary, but a recession can be generally defined as two consecutive quarters of negative growth in the GDP of a country. In the U.S., it is the National Bureau of Economic Research that declares a recession, basing their declarations on extended decline across a variety of economic factors, including employment figures, growth of GDP and industrial production.

The causes of recession are similarly wide-ranging, but one of the key factors historically has been inflation. During periods of inflation, a fixed amount of money — say $10 — will buy you progressively fewer goods or services. Your money is essentially decreasing in value. When this happened in Germany after World War I, the savings of millions of people were effectively wiped out.

By 2007, the average price of a house in the U.S. was three times what it had been in the mid-1990s. This led to buyers borrowing large amounts of money from financial institutions to gain mortgages, which were then passed on to investment banks. A combination of buyers defaulting on their loans and investment bankers making increasingly gung-ho investment decisions conspired to create the perfect conditions for a recession.

What occurred in the U.S. at the end of 2007 is emblematic of two things. One; that recessions are almost never caused by a single factor, but instead by a combination of factors; and two; that a recession often lies at the end of a chain of falling dominoes.

To bounce back from a recession, a country needs to reinvigorate its economy and increase growth. It sounds simple, but of course it’s not. The U.S. was deemed to have exited recession as early as April 2009, but the after-shocks of such a catastrophic financial dip are still being felt, for example in the annual income of the average household, which has continued to fall since 2009. 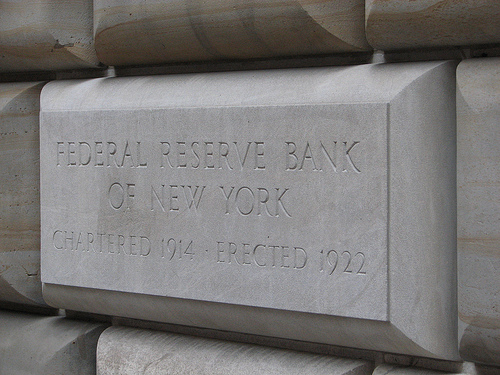 The U.S. was lifted out of recession through a combination of low-interest rates imposed by the Federal Reserve and a range of austerity measures aimed at cutting the deficit. The government also offered incentives to businesses and investors in an effort to get the economy functioning again. However, not all countries boast the same industrial and financial might as that wielded by the U.S.

The citizens of countries like Greece and Portugal continue to suffer under the drastic spending cuts imposed by the European Union while countries such as Italy, El Salvador and Belize remain in a state of recession.

These nations are not alone. Six years after the U.S. lifted itself out of recession, the world continues to navigate dangerous financial waters.