What is the Securities and Exchange Commission?

The U.S. Securities and Exchange Commission (SEC) is an independent federal government agency, tasked with the regulation of tradable financial assets, or securities. Created under the provisions of the Securities Exchange Act of 1934, the SEC has a three-part mission, which its official site describes as its obligations to “protect investors, maintain fair, orderly, and efficient markets, and facilitate capital formation.” 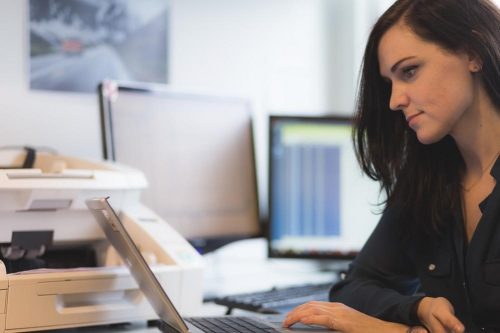 As an accountant, you may interact with the SEC, either because of the body’s central role in determining accounting principles and auditing standards or as part of its enforcement actions. While these interactions certainly have the potential to be negative, in many cases they are routine, such as being informed of updates to disclosure requirements and how they relate to generally accepted accounting principles (GAAP).

With an online Master of Accounting (MAc) degree from the University of Alabama at Birmingham (UAB), you will be fully prepared to navigate any potential SEC interactions and understand its overall guidance and regulations. Let’s dive into the SEC’s history, what it does today to protect investors, and how earning your MAc from UAB can help you make the most of this knowledge, including seeking employment with the SEC itself.

The history and background of the SEC

The creation of the SEC took place in the context of the New Deal, a series of sweeping legislative and administrative reforms implemented throughout the 1930s and 1940s. As such, it was meant to restore confidence in the wake of the Great Depression, which had decimated the previously loosely regulated securities market.

Prior to the SEC’s formation, securities regulations mostly took the form of so-called blue sky laws. These statutes varied by states but required registration of brokerages, stockbrokers, and security sales within their jurisdictions. However, they weren’t effective. Sellers ignored and circumvented them by setting up mail-based interstate securities offerings.

The SEC was designed to chart a different course by centralizing and standardizing securities regulation. Early on, its activities focused on the elimination of fraudulent get-rich schemes and rampant insider trading, along with the creation of a national system for securities registration. In its current form, it is still focused on these tasks in addition to the enforcement of the numerous securities laws enacted since the 1930s and the direction of accounting principles.

GAAP is the SEC’s adopted accounting standard. Over the years, the SEC has delegated most of its responsibilities for the creation and maintenance of GAAP to private sector institutions, starting with the Committee on Accounting Procedure, which was replaced in the 1950s by the Accounting Principles Board and then finally in the 1970s by the Financial Accounting Standards Board, which still oversees GAAP today.

While GAAP is not codified in federal law, the influence of the SEC in tandem with that of the IRS, the AICPA, and the various states that require GAAP conformance from their schools and local governments have made many accountants treat it as a de facto law. The SEC has also been instrumental in the ongoing preservation of GAAP as a parallel standard to International Financial Reporting Standards, which at one point had been designated as a full replacement for GAAP.

How the SEC has protected investors against fraud

The SEC’s enforcement of securities law and its oversight of accounting principles serve a common purpose, namely ensuring the safest, most trustworthy environment for investors. Throughout its history, the agency has taken numerous actions to curb illegal activity and uphold existing statutes. Let’s review a few notable and representative examples.

In 2009, the SEC sued executives of Countrywide Financial for misleading investors about the company’s prospects. Countrywide leadership had loosened its underwriting standards and originated a growing number of subprime loans, which contributed to the Great Recession.

In 2012, the SEC charged Life Partners, a provider of life settlements, for fraudulent accounting and disclosures. The SEC’s case alleged that Life Partners had been systematically underestimating life expectancy, leading to mispricing of transactions that created undisclosed risks for the company’s investors.

In 2011, the SEC charged military and law enforcement equipment supplier DHB Industries with accounting fraud. The company and some of its outside directors and audit committee members were implicated in violations of securities laws, including manipulation of reported gross profit and income.

Earn your MAc to better understand the SEC and possibly work for it, too

The MAc program at UAB is a 100% online degree, enhanced by expert and award-winning faculty, a flexible credit transfer policy, and full preparation for certifications tests such as the CPA exam. The program is offered by the Collat School of Business, which is accredited by the Association to Advance Collegiate Schools of Business.

The MAc degree’s comprehensive curriculum will help you understand the relevant regulatory dimensions of the accounting profession and possibly pursue a career with the SEC itself. The SEC employs many accountants who perform tasks such as reviewing statements within public filings, contributing to rule making, and participating in enforcement actions. Moreover, the SEC’s opportunities range from positions for current students and recent graduates to openings for experienced industry professionals.

To learn more about how to get started with the UAB MAc degree, visit the program overview page. There, you can answer a few simple questions to receive further information on program requirements and outcomes.