As technology continues to transform businesses, governments, and the lives of citizens, aspiring students are increasingly gravitating toward careers that involve computer science, programming, and application development. According to the most recent data from the National Center for Education Statistics, the number of conferred computer and information sciences degrees grew by 50.7% between 2012 and 2017. However, the wide variety of career paths available in the tech field can make it difficult to narrow down employment options post-graduation. Considering most computer programming roles have at least some overlap, it’s important to understand the similarities and differences between tech occupations to make an informed decision about your future.

For many students, the web developer vs. software developer comparison is particularly challenging to sort out. While those interested in these career fields often pursue similar degrees, such as a Bachelor of Science in Information Systems, the knowledge and expertise they cultivate during their studies tend to vary. Both roles involve writing code, designing client-side applications, and using different programming languages, but the projects they work on are usually quite different. To help you understand the nuances of web development vs. software development, let’s take a closer look at the responsibilities, job outlook, and core skills needed in each of these popular tech occupations. 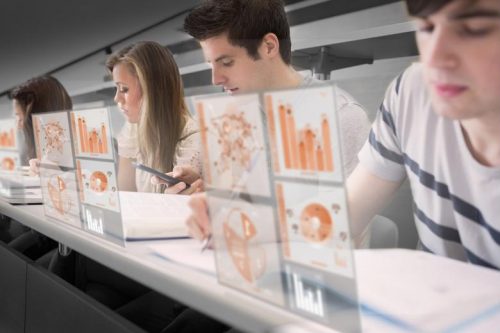 Both career fields require extensive programming experience, a strong attention to detail, and a knack for problem solving, but they have different workflows, maintenance requirements, and levels of complexity. For example, web developers often work in close collaboration with business and marketing experts to ensure their company’s website is efficient, user friendly, and aesthetically pleasing. Software developers, on the other hand, tend to work with other tech-oriented co-workers on large-scale software, operating system, and mobile application projects that might not require input from other business units. Ultimately, the career path students choose should align with their professional goals and personal interests, which is why it’s crucial to explore each role in detail before committing the time and resources.

Web developers are responsible for how a website or web application looks and functions, from its user interface and page layout to back-end systems for gathering data. They work with organization leaders to design unique and engaging websites for businesses, nonprofits, government agencies, and anyone else looking to communicate more effectively online. Web developers are also in charge of maintaining the performance of the websites and applications they create, ensuring users have a consistent and positive browsing experience. According to the U.S. Bureau of Labor Statistics, common web developer job responsibilities include:

Diving a bit deeper, the web development field can be broken down into three specialized areas based on a candidate’s particular skill sets and professional interests: back-end developers, front-end developers, and full-stack developers. Each of these web design roles comes with different expectations and responsibilities:

Regardless of which web design positions you’re interested in, pursuing a bachelor’s degree in information systems or computer science can help you assemble the knowledge, skills, and experience you need to launch your career. However, it’s also important to understand which specific skill sets are in high demand, as this will inform your graduate studies and make you more competitive once you join the labor market.

The core qualifications for most web developer jobs are a strong command of HTML/CSS coding, experience with programming languages like Javascript and PHP, and an understanding of web application workflows, according to the BLS. Depending on the specific role you’re pursuing, you may also need graphic design experience (front-end development) or database management expertise (back-end development). Since web developers handle everything from creating wireframe mockups for new web apps to managing existing websites, it’s important to understand how online platforms are hosted, how users interact with different navigation frameworks, and how engaging content can improve users’ overall experience. Other key skills and traits for web developers include:

Demand for talented web developers continues to expand as more companies look to build in-house IT teams that can manage website operations from end to end. According to the BLS, employment of web developers is projected to grow by 13% between 2018 and 2028, which is much faster than the average for all occupations. One reason for this employment surge is that e-commerce is becoming more mainstream, opening up new opportunities for businesses to turn a profit. Research from Shopify, a Canada-based e-commerce platform, estimated that online transactions generated around $3.5 trillion in sales in 2019, a figure that is expected to reach $4.9 trillion by 2021. Even companies that do not directly sell goods or services through online channels are looking to optimize their online presence, as a functional website can help drive new sales leads, foster brand loyalty, and attract an international audience.

In terms of salary, web developers are generally compensated in relation to their level of education, technical skills, and work experience. The median annual wage for web developers was $69,430 as of May 2018, according to the BLS, with the highest 10% earning more than $124,480. Entry-level positions tend to offer starting salaries of around $37,930, though some companies offer more competitive rates than others.

Software developers are heavily involved in every stage of the application design process, from the initial planning to the final rollout of new computer programs. However, just like web developers, professionals in this field are often categorized into specific roles based on their specializations: software applications developers and software systems developers.

Every software development position has its own unique responsibilities ― some companies rely on developers to actually write code, while others assign this routine work to dedicated programmers. Ultimately, the job openings students apply for should mirror their personal interests and the hard skills they’ve developed during their undergraduate studies. If you’re looking for a more hands-on role, try to prioritize openings that list coding as a core requirement.

Many of the skills and traits essential to web developers are equally important for software developers, especially those related to coding, programming languages, and user interface design. This is because professionals in this field must be able to create software solutions that solve very specific problems. For example, if a company was having difficulty managing and organizing its data, a software developer could create an application that collates large data sets in real time. The projects developers would be involved with largely depend on the company they work for, the clients they’re assigned to, and the business challenges they’re trying to overcome. That said, software developers often have particular characteristics that make them well-suited to the demands of their job, such as:

Job growth projections for software developers are even more optimistic than those for web development roles. According to the BLS, employment of general software developers is expected to expand by 21% between 2018 and 2028. This occupational growth, however, is largely being driven by the high demand for software application developers ― the BLS anticipates employment for this specialized profession will grow by 26%, compared to just 10% growth for systems developers. As such, it’s important to consider your post-graduation career path carefully and take courses that will support your long-term goals. Education is extremely important in the software development world, and most employers will be on the lookout for candidates with bachelor’s and master’s degrees in information technology, computer science, or software engineering.

Alongside promising job growth, software developers also have higher salaries (on average) than professionals in other IT-related fields. According to the BLS, the median annual wage for general software developers was $103,620 in May 2018. The lowest 10% earned less than $61,660, while the highest 10% took home more than $161,290 per year. The industries with the median highest compensation are software publishers, manufacturing firms, and financial institutions.

Are you interested in pursuing a job in software or web development? The online Bachelor of Science in Information Systems from the University of Alabama at Birmingham is designed to turn your passion for technology into a full-time career. With courses in business programming, systems analysis, database management, and more, you can assemble the knowledge, skills, and experience you need to excel in the IT industry. Students benefit from a hands-on curriculum that emphasizes real-world programming skills and business savvy, allowing you to explore different career fields and expand your employment opportunities.

To learn more, browse through the BSIS degree page or contact an enrollment advisor today.

Information Systems vs. Information Technology: Which Degree Is the Right Path for Me?

What Web Developers Do by the U.S. Bureau of Labor Statistics

Software Developers, Applications by the National Center for O*NET Development

Software Developers by the U.S. Bureau of Labor Statistics