Tips and Trends for Women in IT

Typically, men are associated with careers in information technology, the tech industry in general, and other areas under the science, mathematics, engineering, and technology (STEM) fields. This is due in no small part to gender bias that’s embedded in our society, making it more difficult for women to bridge the gap and make an impact in IT-related sectors. Women are making moves to bring light to diversity in the workplace, but there’s still evidence that equality is far from reach.

According to a study by Studio Graphene, 60% of those surveyed believe that lack of diversity is a problem in the technology industry, with a majority of responders being women. Nearly 50% of women surveyed reported experiencing a form of discrimination at work, and 20% have left a position due to harassment or another type of what they considered gender unfairness.

In terms of finding a solution to avoiding gender and diversity crises in the workplace, 62% of women reported being in favor of improved protection for whistleblowers. Essentially, women who feel confident enough to expose discriminatory behaviors to their employers want to feel heard and trusted, and as a result, solve the issue of discrimination.

While there’s still gender bias and forms of discrimination in the IT sector in 2020, opportunities for women to pursue a tech career and make a difference in the industry are growing compared to where society was over the past few decades. Let’s take a closer look at the current landscape of women in IT, ways to boost gender diversity in tech, and how women interested in pursuing a career in STEM fields can gain higher education and improve their skills. 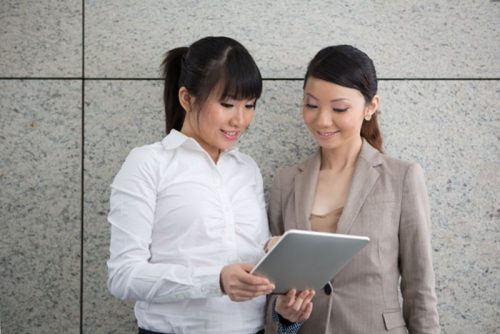 Understanding the current landscape of women in IT

Women today are no strangers to rejection, having often received little to no acknowledgment for their accomplishments even in fairly recent history. For example, as DreamHost Inc. explained, six women developed and programmed the first electronic computer, the Electrical Numerical Integrator and Computer, during World War II, but were not recognized for their accomplishment. They were instead labeled as models and took pictures with refrigerators for advertising purposes.

Lack of credit isn’t the only thing women have dealt with in their careers. The wage gap remains a major problem across industries. Women are paid less, offered less money from the beginning, and take a larger financial hit if they lead a company in comparison to men. Unfortunately, the wage gap is only heightening, especially in tech. According to a study by Hired, a San Francisco-based recruitment firm, men are offered higher salaries 63% of the time in comparison to their female counterparts. In other words, 6 out of every 10 women receive less money for doing the exact same job as a man. The salary ends up being around 3% less, on average.

Universities and organizations around the world understand that gender bias and lack of diversity in the workplace are major issues. Many have committed to closing the gender gap in tech by spending millions of dollars to support the idea of increasing the number of women who pursue STEM degrees and acquire jobs in the tech industry, according to the American Enterprise Institute. However, the return on investment hasn’t always proven itself among women interested in getting into tech. By finding women who are committed to pursuing degrees in information technology, graduating, and utilizing their credentials upon graduation, the ability to close the gender gap for women in technology becomes more realistic.

Tech companies far and wide should focus on opportunities to implement diversity goals across the workforce. With explicit inclusion expectations in place, female employees — and their supportive male counterparts — can feel more comfortable and empowered to make a difference in the workplace. Develop a committee that can devise a plan to attain this goal. Invest more money in hiring diverse individuals. Encourage employees to speak out in the face of gender bias and inequality. Those are just a few of the ways CEOs and administrators can acknowledge the lack of diversity and attempt to resolve it.

Another way to boost gender diversity in tech is by promoting STEM fields to younger generations. When girls have greater access to STEM educational opportunities, they may be more inclined to dive deeper into their discovery and understanding of technology. The Global Fund for Women, for example, is an organization that helps women and girls learn how they can identify issues in tech and create their own innovative solutions that can shape the way the industry works. Everywomen, a group of thought leaders from the business and tech worlds, is another organization that strives to bring light to the current landscape of gender inequality and how women can be more proactive to close the gender gap.

Getting involved with organizations that stand for gender equality can bring awareness to the issue and encourage more girls to get involved.

Resources for women interested in a career in tech

While it may take a long time to close the wage gap, women interested in finding a job in IT have an abundance of resources and educational opportunities they can pursue. Gaining careers in systems analysis, project management, data communications, and information systems becomes easier with the availability of educational resources.

With more women in technology, there’s more opportunity to defeat gender bias and promote diversity — to inspire young girls who want to get into STEM fields or land a career in the tech industry. Those who are interested in studying information technology specifically should consider the online Bachelor of Science in Information Systems program at UAB.

Today, all businesses utilize technology in some form or another. That means there’s always a high demand for professionals in the industry, and employers will be interested in the candidate who best presents themselves through credentials. A bachelor’s degree in information systems from the Collat School of Business can give you the edge you need to stand out among your colleagues and those competing for the same position.

The program is 100% online, making it easier for you to manage a full-time workload and weave your schoolwork into your busy schedule. With a faculty made up of student-centered support staff and administration, as well as award-winning instructors, you can feel confident that you’re getting the most out of your education. Plus, UAB’s Collat School of Business is accredited by the Association to Advance Collegiate Schools of Business and was honored by the Princeton Review among the “Top 10 Universities in the United States for Diversity” for four years in a row.

At UAB, we take diversity seriously from the moment you apply. We have the resources needed to take you from the classroom to the boardroom. Let us help you pave the way for women in technology and become one of many to bridge the gender gap in STEM fields. Contact us directly today to learn more about the information systems program.

What is Health Care Information Systems?

Startups magazine, Half of Women Have Experienced Discrimination in UK Tech Industry

The University of Alabama at Birmingham, Online Bachelor of Science in Information Systems

The University of Alabama at Birmingham, Information Systems Careers

American Enterprise Institute, Is closing the gender gap in tech even possible? Not likely, no matter how much money is spent

DreamHost Inc., The State of Women in Tech

The Global Fund for Women

Everywomen, The current landscape for women in business in Canada and future opportunities

Medium, 6 resources for women in tech