The Top 5 Marketing Campaigns of All Time

Every marketer’s dream is creating a big hit. Maybe it’s a piece of content or video that goes viral, or an ad that wins a coveted CLIO Award. Over the years, the world has been treated to some amazing campaigns, some so engaging and entertaining they don’t feel like advertising at all. Here are five of the best.

Dos Equis: The Most Interesting Man in the World

The Most Interesting Man campaign catapulted Dos Equis beer from a little-known import to one of the fastest growing brands on the market. It also inspired a hugely popular Internet meme that is still going strong, despite being launched nearly eight years ago. The campaign revolves around actor Jeffrey Goldberg; a worldly gentleman who mosquitoes won’t bite, out of respect, as the commercial goes. Marketing executives at AdAge loved the tag line, “Stay thirsty, my friends,” calling the campaign “pure genius.”

Nike: Just Do It 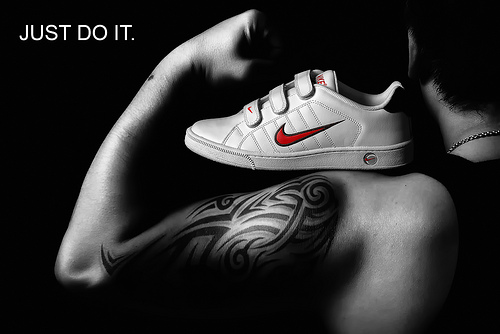 Nike launched its iconic “Just Do It” campaign over 25 years ago, yet that simple three-word slogan remains just as powerful as it was at launch. Some have called it the best tagline in advertising history. It took Dan Wieden of Wieden + Kennedy just 20 minutes to come up with the phrase, certainly an act of advertising genius. Wieden credits the slogan’s simplicity as the key to its amazing success.

Clara Peller first uttered this famous catch phrase in 1984, and a legend was born. The “Where’s the Beef” campaign featured a trio of cute grandmothers admiring the big fluffy buns at one hamburger chain, but Peller’s character gets to the heart of the matter with her grouchy query. The campaign was hugely successful at selling burgers, and led to an entire line of profitable spin-off merchandise, including T-shirts, bumper stickers, and even a board game.

Clairol: Does She or Doesn’t She?

How successful was this hair color campaign? When it launched in 1957, just one woman out of every 15 women was using hair color on a regular basis. Only 10 years later, that number jumped to one in two, a remarkable success. “Does she or doesn’t she” succeeded in part because it reassured women that the hair color was so natural looking, no one would ever know they were using it. Clairol’s pioneering campaign is credited with taking hair color mainstream.

Apple: Get a Mac

Everyone knows about Apple’s revolutionary tech innovations, but the company also hit it out of the park with its innovative “Get a Mac” campaign. Introduced in 2006, the campaign ultimately produced 66 TV spots, featuring John Hodgman and Justin Long trading barbs as a PC and a Mac. PC guy is buttoned up and boring, while Mac guy is hip and cool and “better at life stuff,” as one commercial says. The campaign was hugely successful, resulting in a 42 percent increase in market share in its first year alone.

Marketing is rarely an exact science; it’s more of an art form that relies on a bit of creative genius. These five campaigns showcase the best in the business. Please visit our online MBA program degree to find out how you can advance your career.