The Languages of Business Programming

If you are going to find a great job quickly and keep it, it can be helpful to have an in demand skill that few of your peers have. Learning a computer language fits both of these criteria, and if that language is relevant to the industry in which you want to find a job, you may even earn a sizable advantage over your competition. Very few people have the discipline to learn the basic syntax of a business programming language, much less learn the art of engineering with that basic syntax. You can do so if you have the right help.

Earning a Bachelor of Science in Information Systems degree from the University of Alabama at Birmingham’s Collat School of Business can help you to learn and perfect a new skill. The program helps you understand not only the theory of systems building and security but also the nuts and bolts of how to build them. The ability to drill down into specific code can make you uniquely valuable to employers in many industries.

Let’s take a look at some of the top languages of business programming as you get started: 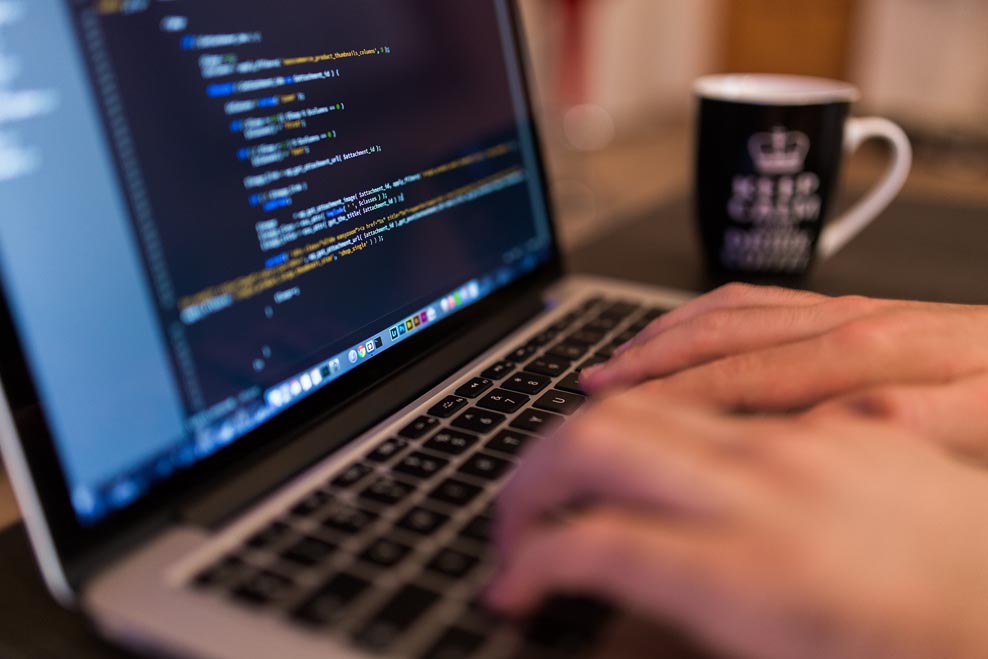 Java has been around for two decades and currently runs on more than seven billion digital devices, including any application that is native to Android. Java has become one of the most popular languages because of its relative simplicity and backwards compatibility. Java also powers some of the world’s largest websites, including LinkedIn, Amazon and Netflix.

Do not confuse Java and JavaScript: They are two distinct languages, wholly separate from each other despite the closeness of their names. However, JavaScript is another powerful language that is used by millions of people, including serving as the development language of the basic World Wide Web. Just about every website uses a bit of JavaScript, whether in a pop-up menu or in a basic gaming application. You also need to know JavaScript if you are going to learn the very important Node.js real-time communication technology.

SQL is the basis of many technologies, including Microsoft SQL Server, MySQL and PostgreSQL. Because the language is used in so many different areas, nearly every computer contains some application that uses it. Popular applications that use SQL include Dropbox, Skype and anything developed by Google.

Python was actually named after the comedian Monty Python because of its fun-loving nature. It’s a simple language that’s made to closely resemble the syntax of basic English. As such, Python is a good language for beginners to learn syntax and good software engineering basics. Although Python is now the choice language for beginners, it is also used in very complex applications that are related to physics, natural processing and math. NASA uses Python to power its website, for example.

First released as a language in 1983, C++ serves as the basis of many applications from Microsoft and Adobe. It is also the base for a great percentage of the OS X operating system. C++ remains one of the best languages to learn if you’re looking to solve problems of audiovisual processing or twitch game development.

Microsoft designed C# to be a simpler version of C++. Currently, C# is meant to run on top of the .NET framework, giving programmers automated access to a huge library of common functions. The result is an object-oriented language that cuts to the meat of many problems and can be safely applied without the potential for damage to a larger digital infrastructure.

Ruby is said to be on Rails because of the huge amount of third-party libraries that hold up this relatively simple language. Ruby on Rails is known as a problem-solving language because there is very little physical code needed to accomplish huge changes in a digital infrastructure. GitHub, Hulu and Twitter all use Ruby on Rails in some form.

This is the one entry on the business-programming list that was never meant to be a business programming language. PHP originally stood for “Personal Home Page” and was invented by Rasmus Lerdorf as a way to maintain his own personal web space. However, today the language that he invented in 1994 runs on servers and is the basis of many HTML web pages. The language is easy to learn but offers incredible functionality for those individuals with experience.

Apple invented its own business programming language to compete with Microsoft in 2014, and now we have the language known as Swift. If you understand C++ or any of its offshoots, you’ll be familiar with the Swift syntax because the C family is what guides the basic functionality here. Although Swift is the newest language on the list, it has already been tapped for use by LinkedIn and American Airlines. If the recent performance of Apple products is any indication, we can definitely expect to see a wider implementation of this language in the near future.

How an MIS Degree Can Help

An MIS degree from UAB’s Collat School of Business can help prepare you to be immersed in an ever-evolving, technology-driven world, in which programming skills can set you apart from your peers.

The languages listed above serve as important tools for solving business problems and creating innovative solutions. They will be important to understand as you work through your MIS program and pursue high level Management Information Systems roles like Business Systems Developer, Manager of Health Information Systems, Systems Administrator or other high-level business technology role.