Real Estate Finance in an Economy That’s Bouncing Back

The U.S. economy is recovering little by little from exceptionally hard times in recent memory. Unemployment is the lowest it’s been since 2008, gas prices are low, and the first steps have been taken toward affordable health care reform. Now that more money is in the hands of American citizens, real estate has become more affordable. In 2015, we should see more homes purchased than in the last few years combined, due to the following economic factors.

Since the economy is improving, the banks have more money, which means banks are more willing to give out loans. According to a recent survey by the Commercial Real Estate Finance Council (CREFC), real estate lenders “expect the U.S. commercial real estate finance market in 2015 to be quite healthy, buoyed by strong investor demand, rising loan maturities, relatively low levels of new construction and improving property fundamentals.”

Interest Rates Are Under Control

The same CREFC survey showed 74 percent of respondents expected rising interest rates, but they also showed that respondents are not worried about a potential rise so much as they are confident in the Federal Reserve’s ability to handle rising interest rates. The Federal Reserve has kept inflation to a minimum in 2014, and that trend is likely to continue into 2015. Even if interest rates rise significantly, they are currently at the lowest they’ve been in many years, and are likely to stay in the low range. 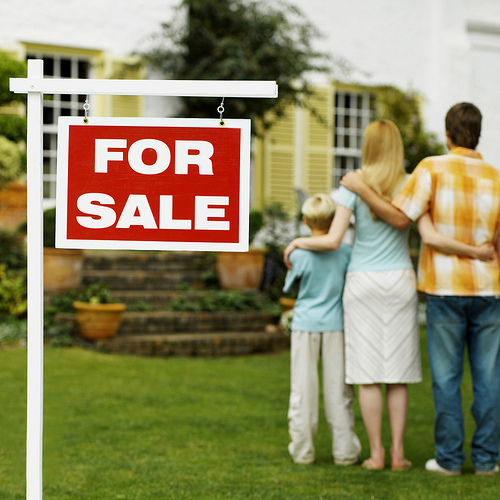 The steep price decline in housing after the real estate bubble burst has made real estate a seller’s market since late 2008. Investors who could pay cash up front for foreclosures and cheap property rushed to buy as much as possible in order to sell the property later for a profit. This left homeowners, who were unable to get a good selling price for their current home, without many options if they decided to move.

Experts predict that home value growth will decrease from 6 percent to 3 percent per year in 2015, making real estate less attractive to investors and allowing traditional buyers to find available properties in their price range. The reasonable, stable housing prices will also encourage renters to finally buy homes and others to sell if they want to downsize or move. This, combined with low mortgage interest and easily obtainable loans, mean many more people will be buying their first homes soon.

Real estate promises to be a friendlier market for those looking to enter it in 2015.