The terms “internet” and “World Wide Web” may seem interchangeable at first. In everyday conversation, they serve the same purpose, though the latter hasn’t been used much in recent years. Ask an information systems professional, however, and it soon becomes clear that the World Wide Web isn’t just an older name for the internet we all know today.

The two terms describe different concepts, and a deeper understanding of these ideas, their nuances, and the history behind them can lead to new realizations about the way online resources work. 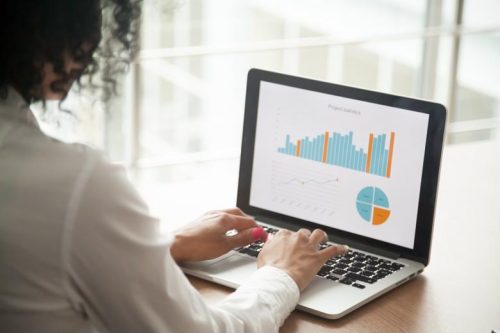 The connection between the World Wide Web and internet is relatively straightforward. As the Mozilla Foundation notes in its documentation for developers, the web is one of the applications built on the internet. Browsing the web through search engines or by typing in addresses is far from the only way to make use of the internet, but it is one of the most familiar. Breaking down each term can illuminate this relationship further.

What Is the World Wide Web?

The World Wide Web is a network of web pages found by their addresses. It was developed at the European physics lab CERN, home of the Hadron Collider, by Sir Tim Berners-Lee. The development of the web spanned from Berners-Lee’s initial proposal in 1989 to the finalized version co-authored with Robert Calliou in 1990.

The resulting software became part of the public domain in 1993, at which point companies and individuals around the world could create their own websites and share information. CERN notes that approximately 2 billion web pages now exist, hosting content of all kinds.

The Mozilla Foundation dates the true birth of the World Wide Web to two years before it entered the public domain, at Berners-Lee’s announcement of its existence in 1991. The essential individual components of the web include the HTTP data transfer protocol, the hypertext markup language (HTML), which is the most popular web publishing format, and uniform resource locations (URLs) for every web page.

What Is the Internet?

The internet is the network of networks that provides the basis for the web. As NBC News explains, some form of internet technology dates back to 1969, and a U.S. government program by the Department of Defense Advanced Research Projects Agency. Known as ARPANET, this mainframe computer network eventually became the basis for all types of digital data transfer.

While the World Wide Web is one of the main ways to access the internet, with websites still basically requisite for today’s companies, NBC News specifies that some of the most popular uses of internet connectivity today, such as sending emails, accessing file transfer protocols, using mobile apps, and instant messaging, are not necessarily web functions. Of course, if you went to Gmail.com to send that email, you are using both the internet and the web.

How Has Use of the Internet and the World Wide Web Evolved?

As companies and individuals embrace alternative uses of the internet, especially mobile apps and related technologies, the central role of the World Wide Web in computing has naturally receded somewhat. With that said, information systems departments at companies of all types and sizes must still employ team members with an advanced understanding of the web.

The true impact of the web may be the way it turned the use of devices connected to the internet into something for the masses, and in so doing ushered in the current digital age. The web and the internet are different things, but the accessibility of the web turned the world’s population into internet users.

What Can You Learn in Information Systems Courses?

To gain valuable knowledge and experience about information systems and the way companies use technology today, you can study for an online Bachelor of Science in Information Systems degree from the University of Alabama at Birmingham’s Collat School of Business. The courses are designed to illuminate the areas where business and technology intersect.

The core Information Systems course, for example, focuses on the concepts behind the internet and the web, as well as transmitting data via other knowledge-based systems. Becoming more adept at the planning, design, and development of these resources is an excellent way to align your knowledge with the manner in which companies are using digital systems today as the information age continues to evolve.

Visit the online BSIS program page to learn how this degree can fit into your career plans.

CERN, Web@30: The 30-year anniversary of an invention that changed the world

NBC News, The Internet and the World Wide Web Are Not The Same Thing