How can an online MBA prepare you to navigate mergers and acquisitions?

Earning an online MBA degree prepares graduates for a number of different leadership and advisory roles in the modern world of business. If students want to specifically focus on working with companies entering the merger and acquisition processes, the MBA curriculum can help learners understand the business activities that drive such actions. Let’s look at the concepts that drive mergers and acquisitions, and how an MBA degree gives graduates vital context about them. 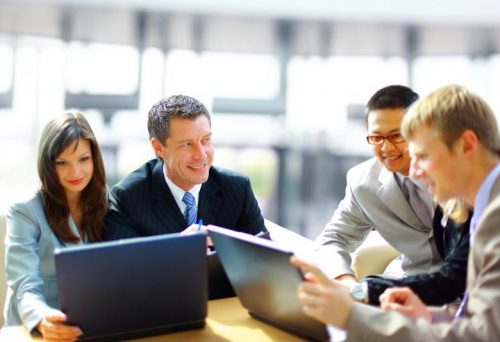 While frequently grouped together in casual conversation and even in some business contexts, mergers and acquisitions have some very important differences to keep in mind.

A merger is a somewhat balanced absorption of one enterprise by another which brings together resources, personnel, institutional knowledge, existing contacts, and other resources under the umbrella of one of the businesses. The merger may not be a perfectly equal affair, as some personnel and assets on one or both sides of the agreement may be parted with. However, the merger is always predicated upon the two respective boards of directors for each company seeking and receiving approval for the action from shareholders before moving forward. In this way, each side has an influence on the structure of the combined entity that is formed once the merger is complete. The enlarged business formed by the two constituent companies may choose to use a new name going forward or continue to trade under an existing banner.

A merger is, in general, a somewhat more cooperative effort than an acquisition and involves two companies of similar size, although there are plenty of exceptions. There are many instances where not all of the members of the board of directors or stockholders are in agreement with the decision, but at least a simple majority of the decision-makers on both sides need to agree before this transformative action can move ahead.

Acquisitions differ from mergers on a fundamental level due to the lack of agreement by both entities before the process moves forward. Additionally, there’s no requirement that the businesses involved come together as a single entity. In an acquisition, the first company seeking to gain ownership of the second takes steps to acquire a controlling, majority stake. That can happen in a number of ways, such as through the purchase of enough stock to gain at least 51% of the decision-making power of shareholders, or with an outright purchase of one company by another. An acquisition can be a hostile action, in the sense that the company being acquired may not want to fall under the control of the other business. In other cases, the leadership of the two involved enterprises will want to enter into the relationship.

An acquisition is often seen in a more negative light than a merger, in part due to situations where the business being acquired is opposed to the action. The result is similar to a merger in terms of a single company being formed out of the two prior organizations, although there is less negotiation and fewer protections for the acquired entity.

A strong mergers and acquisitions analyst has to deftly navigate the many types of mergers and acquisitions that arise in the modern economy. That necessitates a strong understanding of a variety of business processes and a firm grasp of financial considerations, along with strong analytical, communication, and reasoning skills. The management and leadership skills cultivated as part of the MBA degree program curriculum can also be critical in this instance, offering valuable insight during a period of great change for all of the businesses involved.

Mergers and acquisitions analysts don’t usually work directly for the businesses involved in the transaction. Instead, they are employed by financial institutions and investment firms and work to identify potential prospects for the various types of combinations seen in the merger and acquisition framework. This requires a strong financial background, a talent for identifying the most beneficial combinations out of many potential scenarios, and an affinity, or at least tolerance, for long hours. Investopedia points out that, during the busiest parts of the merger and acquisition process, long hours and stressful work are common. It also notes that compensation is commensurate with the work and pressure involved, as the median annual salary range at the entry level for this position is $67,200-$92,000.

The UAB online MBA degree program offers a number of courses that can help students develop the skills and knowledge necessary to gain a foothold in the mergers and acquisitions analyst profession. Classes like Accounting and Finance for Managers, Topics in Finance, and Strategic Cost Analysis and Decision Making all provide relevant instruction about the money side of business that is so critical to mergers and acquisitions. Additionally, courses including Management and Organizations, Quantitative Analysis for Business Managers, and Information Technology and Business Strategy offer insight into the operational considerations that are vital in terms of identifying strong merger and acquisition candidates. Students who participate in the Finance Concentration of the MBA program can also benefit from the Mergers and Acquisitions course, among other electives, taking a deep dive into their desired field.

UAB offers an online MBA degree that gives students a relevant, competitive, informative, and challenging learning environment with a flexible schedule. To learn more, get in touch with an enrollment advisor today.

What sets the online MBA program at UAB apart from the rest?

MAc vs. MBA with a finance concentration

MBA Crystal Ball: How to get into Mergers and Acquisitions (M&A)