GAO proposals: A look at the potential future of accounting

The Generally Accepted Government Auditing Standards (GAGAS) developed by the federal Government Accountability Office (GAO) are the backbone of audits across all federal agencies, as well as many state and local governments that follow the same guidelines or substantially similar ones. Additionally, a variety of organizations and other groups that participate in federal programs or receive assistance from that level of government are also subject to audits under the GAO’s standards. Suffice to say, these standards are of importance to a variety of accounting professionals whether they regularly work directly with the federal government or not.

With the influence of the standards so wide ranging, it’s not surprising that plenty of attention is paid to potential changes proposed by the GAO. The most recent round of possible updates and alterations offered by the organization were first offered for public consumption in April 2017. Some components of the update involve relatively minor alterations to existing standards, while others are more involved and would have a larger impact on the accounting industry going forward. 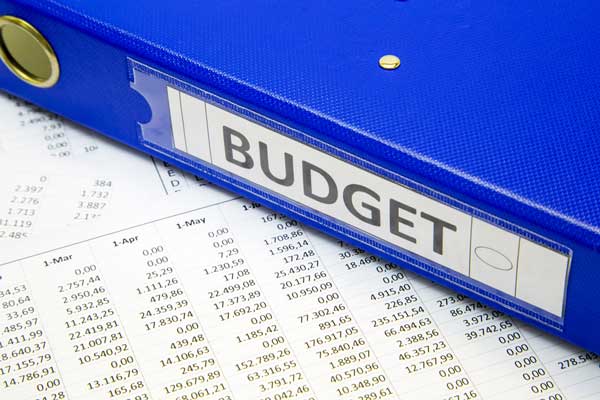 While the rules are still in a draft phase and not yet finalized, these changes could mean significant differences in the way everyone from students in Master of Accounting programs to experienced Certified Professional Accountants and senior leaders in the field go about their daily activities. With the last update coming in 2011, plenty of time has passed for the GAO to review and change the GAGAS as necessary.

Some of the most significant developments in the regulations include expansions, more detailed explanations and the incorporation of supplemental material into the main text of what’s often called the Yellow Book among accounting professionals and government officials. For example, a more in-depth explanation of independence requirements for auditors in situations where the engaging party and responsible party are two different entities is provided. The new standards also include examples of such situations, as well as more thorough definitions of what professional services in government mean in the context of the GAGAS.

An enhancement of the rules involving auditors preparing accounting statements and other financial records ahead of an audit is also included. The new GAO regulations make it clear that nearly any such action is a major threat to the independence of an auditor. There’s a new responsibility for auditors included as well: The need to document any threats in this fashion, as well as the efforts taken to avoid any negative influence on the independence of the auditor by reducing the influence of those threats. If mitigating the potential conflict of interest isn’t possible, auditors must decline to prepare those documents.

Peer review guidelines are updated, with additional guidance and clarification making the standards easier to understand. A clearer directive for auditing organizations to comply with the requirements set forth by peer review boards is the centerpiece of this change.

Continuing Professional Education (CPE) requirements for auditors are also revised, with the GAO deciding to emphasize stronger proficiency in its standards. Specific additions include a four-hour required course focused on the GAGAS, which will be updated with relevant material and required once again for all involved accountants with each new update to the standards. More guidance about the overall 80-hour CPE requirement and information about exceptions in certain circumstances are also included.

The reporting of any waste, alongside a clear definition of what waste means in the context of an audit, are two new additions to the standards. Auditors will have to report on any waste uncovered during their work if it meets that definition, assuming this latest set of GAO revisions becomes permanent.

Along with a few other, more minor updates, these items represent the short version of the new elements proposed for inclusion in the GAGAS. They may change in the future, as public comment is open through early July and the agency may decide to take particularly popular or relevant suggestions into account before finalizing the standards and making them official.

What the GAO GAGAS updates mean for accounting professionals

The revised standards are relatively straightforward; although that doesn’t mean current and aspiring accounting professionals should take them lightly. With some updates covering the need to approach audits following GAGAS differently, it’s vital that those in the industry take time to develop an understanding of the new requirements.

For changes such as the requirement to report waste found during an audit and to maintain independence in the face of requests to prepare documents ahead of an audit, accounting professionals have to have a strong grasp on how to work differently to avoid conflicts, what needs to be reported on an individual level, and similar considerations. A failure to do so means problems both for the accountant and, potentially, his or her employer as well. CPE requirements should also be reviewed, as the language provides an indication that a four-hour course would be required for all involved accountants to learn more about the most recent changes.

Other new components of the standards, such as the strengthening of the peer review guidelines and independence requirements in situations with separate engaging and responsible parties, are more focused on the overall actions of organizations conducting audits. For any accountant involved in managing and ensuring compliance in these areas, a deep comprehension of the new guidelines is vital.

While accounting has a deserved reputation as a stable field in comparison to many others, no industry will remain completely unchanged for a significant period of time. Understanding major developments and effectively responding to them on the individual and companywide levels is an important part of many careers, but holds particular weight in accounting. With regulations guiding so much of the work performed and actions taken by accounting professionals, strong knowledge of the many laws and internal rules that affect the industry – and any proposed and finalized changes to them – is vital for continued success.

The University of Alabama at Birmingham’s Master of Accounting program offers professionals flexibility in their pursuit of a higher degree, with 100 percent online courses and asynchronous class schedules, individual students may find the program especially flexible.

To take the next step in your journey toward a Master of Accounting degree, speak with one of our advisors today.