CTO vs. CIO: What’s the difference?

The central role of information technology infrastructure in today’s companies has led to a need for specialized C-suite roles, solely dedicated to dealing with digital operations. The chief technology officer (CTO) and chief information officer (CIO) are two such titles. When considering these career paths, it pays to know where the divergences lie between the CIO and CTO roles.

The common thread between the two positions is that businesses of all kinds ― not just dedicated technology companies ― can carry a CIO, a CTO, or both. With IT essential to organizations’ capabilities and strategies, you can seek a CTO or CIO role in an industry that excites you and suits your areas of focus. Working up to either of these C-suite positions, however, will require long years of professional experience and a strong educational background. 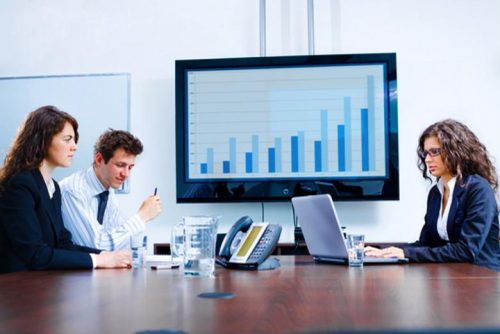 What Are the Primary Differences of CIO vs. a CTO?

While some companies will appoint just a CTO or CIO as the overseer of the technology strategy, an increasing number of businesses are using both positions and have to create meaningful divisions between their duties. Gartner analyst Samantha Searle told TechTarget 57% of CTOs feel their roles are adequately separated from CIO duties. The difference often comes down to CIOs handling strategic alignment and CTOs being tasked with innovating.

CIO magazine describes the CIO role as a “business leader and strategic thinker.” The CIO will be the person who presents technology to other departments, ensuring IT investments suit the business processes and overall objectives of the organization. The CIO should be an adept manager to people in addition to an expert in hardware and software. In fact, hands-on IT work is no longer a major part of CIO responsibilities, according to CIO magazine.

The CTO role is tasked with improving the company’s use of technology, reflecting the fact that today’s IT development moves at a frantic pace, and staying competitive often means taking the time to research and deploy impactful new systems. Searle explained that in Gartner’s CTO study, 59% of respondents said they are tasked with tech innovation efforts. In addition to assessing new systems the company could use, these executives can lead internal teams spearheading new methodologies and developing applications that can help clients or make the business run efficiently.

What Are the Day-to-Day Responsibilities of a CIO vs. a CTO?

With CIOs largely leading organizations’ technological strategic alignment and CTOs concerned with heading up tech acquisition and development efforts, there is both differentiation between CIOs and CTOs and a need for them to work together. When it comes to the day-to-day operations of a company, each of these C-suite members has a role to play.

As you rise through the ranks in various technology roles, it is helpful to understand what is expected of CIOs and CTOs. By aligning your personal objectives and interests with the responsibilities of these high-ranking job titles, you can determine which career path you are most interested in pursuing over the long arc of your professional life.

According to PayScale, everyday CIO roles and responsibilities involve leadership of people in IT and development positions. Tracking the status and progress of IT programs and directing the teams responsible for those efforts are important CIO duties, as is communicating information to the non-technical members of the C-suite. In addition to these people management requirements, CIOs have to take on strategic duties, crafting and adjusting the company’s approach to tech usage.

PayScale reported that CTO duties also involve working with IT personnel, but in a different capacity than the CIO. The CTO is considered a source of technological expertise, and is called upon to set up metrics and key performance indicators. This understanding allows CTOs to assess current services and oversee the usage and performance of hardware and software. An effective CTO will also be aware of regulatory compliance requirements, helping the business stay within the law even as regulations evolve.

The division between a CIO’s strategic, big-picture thinking and a CTO’s hands-on technology enterprise can help you determine which type of leadership suits your ambitions and strengths. As both roles are part of the C-suite, each presents a chance to take on high-level responsibilities, as well as the salary and job security that can come along.

What Is the Salary Range of a CIO vs. a CTO?

The salary potential for CIOs and CTOs is largely equal, according to PayScale’s data in May 2020. This parity in earnings shows that neither the CIO nor CTO is the boss of the other. Rather, these two roles complement one another, forming essential parts of the technology department and the C-suite.

The median salary for CIOs is $160,563. The lowest 10% of CIOs earn $95,000 and under, while the top 10% typically make more than $250,000. This high salary potential demonstrates the importance companies place on finding knowledgeable CIOs to keep their business units and technology strategies effective and closely aligned. Organizations without strong CIOs may end up struggling to compete with better-prepared firms in their fields.

PayScale adds that the median annual CTO salary is $159,447, underlining the equality of the CTO and CIO roles in business leaders’ estimation. The lowest-earning tenth of CTOs make $89,000 and under, while the top 10% earn more than $241,000. Just as companies need a strong CIO, making a business grow without a skilled CTO in the C-suite can be a challenge. Companies need to get high levels of competence and leadership from both roles, and they are willing to pay accordingly.

What Experience Do You Need to Become a CIO or CTO?

High-paying C-suite roles take years of effort and education to reach. In the case of CIO and CTO work, executives will want to see that you have put in time succeeding in other technology-based positions when considering you for such a job. CIO responsibilities and CTO duties are both associated with leadership of people and a keen understanding of modern companies’ technology needs. These are skills built through both professional experience and graduate-level education.

Degree programs such as the online Master of Science in Information Systems from the University of Alabama at Birmingham’s Collat School of Business are designed with today’s ever-evolving technology landscape in mind. Due to the online nature of the program, you can study for an MS in MIS on your own schedule while working full time, earning a degree in your chosen field while simultaneously building your professional resume.

If you see technology as your long-term career and want to learn more about the MS in MIS’s fit for you, visit the program page.

How unified communications can transform the workplace

CIO – What is the difference between a CIO and a CTO?

TechTarget – CIO vs. CTO: Making the distinction between the two roles