Predictions for Accounting Information Systems in 2020 and Beyond

Literary legend Sherlock Holmes, the brainchild of Sir Arthur Conan Doyle, once quipped that it’s “a capital mistake to theorize before one has data.” When it comes to business functions, including accounting, no truer words were spoken. Every minute of every day, massive amounts of data are produced. By 2025, the amount of data created daily is forecasted to reach 463 exabytes, according to Raconteur. As the World Economic Forum says, that’s the equivalent of consuming over 212.7 million DVDs in a 24-hour period.

This explosion in data development can’t be handled entirely manually, as accountants already have a range of responsibilities, like drafting financial reports, which often require their undivided attention. Accounting information systems (AIS) serve as a much-needed assistant for back-office tasks that are more tedious in nature. While AIS solutions aren’t exactly new, the software has come a long way over the years as technology has advanced, and this growth is expected to continue.

You can learn more about this game-changing technology and enhance your accounting bona fides with an online master’s degree in accounting from the Collat School of Business at the University of Alabama at Birmingham. You’ll also acquire the knowledge and hands-on skills employers look for when recruiting potential employees ― all from the comfort of home, as the program is 100% online. 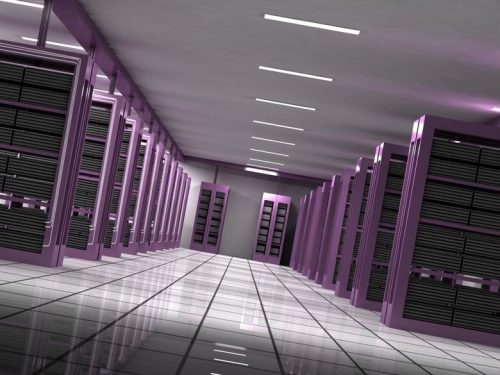 What are accounting information systems?

AIS serves as a means of collecting, storing, and processing financial data so users can make more informed, well-rounded decisions. The earliest contemporary AIS software systems trace back approximately 50 years to the 1970s and were primarily used for payroll, accounts receivable, and other more internal controls. Today, accounting information systems are much more diversified and used throughout the accounting cycle, including such tasks as auditing, accounts payable, inventory management, tax preparation, and maintaining visibility into other integral parts of running a business.

AIS is particularly adept at keeping tabs on an organization’s financials, as dollars and cents are ultimately the lifeblood of any organization. According to polling conducted by Robert Half, more than 80% of employees say they like to be updated on how their employer is doing financially. Close to 90% of chief financial officers say they make at least some of their financial data known to a portion of staff members, and 56% say they let it be known to everyone. AIS not only makes this possible, but can provide up-to-the-minute insight into cash flow, debt, payables, and receivables.

How can accounting information systems add value to an organization?

Be it related to payroll, advisory services, tax preparation, or auditing, accounting firms play a key role. Chief among those jobs is bookkeeping. According to polling conducted by Sage, 80% of accounting firms pointed to bookkeeping and standards accounting services as their top service, well ahead of payroll (25%) and tax services (24%). Many AIS software programs on the market today have these same standard capabilities. All accountants have to do is plug in the relevant data to produce reports, memos, budgets, and briefs. This helps firms save money and time and enables key employees to take on other assignments that may require more thought and precision, such as responding to questions or concerns from customers or drafting letters.

AIS also adds value by giving organizations the option of handling certain business functions internally. Because accounting management is often heavily involved in ongoing work, it’s not unusual for firms to outsource it to companies that specialize in accounting. AIS helps to simplify these operations so they can be performed in house. Furthermore, with more business functions now automated, tasks that once required some level of human input can now be done digitally. With massive amounts of data to comb through, store, and dissect, automated AIS helps organizations do more with less. As noted by Forbes, numerous accounting software vendors offer AIS suites that feature some degree of automation, including, Intuit, OneUp, Microsoft, Sage, and Xero.

Industry experts believe that data reporting and management is bound to experience more sweeping changes ― or advancements in technology that already exist ― both this year and in the years to come. Here are a few of them:

Numerous polls, including surveys from IBM and McAfee, corroborate just how vast cloud computing has become, with the majority of enterprises now in the cloud. A 2019 report from RightScale found 84% of enterprises in America had a multi-cloud strategy. Cloud adoption is this widespread because it makes it easier to access data from virtually anywhere and securely. According to polling conducted by computer and internet security firm McAfee, most organizations that have used both on-premise and cloud-based servers say the latter has better security.

A number of AIS software providers have already moved to the cloud. In 2017, roughly 40% of companies surveyed said they were currently using a cloud-based accounting package. That share is expected to grow considerably, as in a 2018 study from Sage, 67% of accountants said cloud-based accounting made their jobs easier to manage. The larger the firm, the more likely it is that accounting professionals already used cloud-based accounting software. Roughly 58% of large firms acknowledged as much, 57% of midsize, and 45% of small, based on the Sage’s findings.

From increasing accessibility via multiple devices to seamless integration across multiple locations, platforms, and departments, cloud-based accounting systems are expected to become more of the norm for the foreseeable future.

Most Americans use some aspect of artificial intelligence in their daily lives. As a 2018 survey from Gallup found, 85% of Americans used at least one consumer product with AI elements regularly, be it navigation apps, music streaming services, ride-sharing mobile apps, or smart home devices.

Similar to cloud-based accounting, AI-enhanced accounting information systems will likely become more commonplace, largely because of their ease of usage and accuracy, according to Forbes.

Some fear that the growing use of AI will wind up costing them their jobs. A separate survey also conducted by Gallup showed that this sentiment was shared by nearly 60% of Americans in general.

Stephanie Weil, CEO of California-based accounting firm Accounteam, told Forbes that accountants shouldn’t worry too much, as AI can actually help them do their jobs better.

“Having machines to do all these tedious and repetitive tasks could sound scary for many accountants because they are also very time-consuming and thus very lucrative,” Weil explained. “However, if the AI system is well configured, it can eliminate accounting errors that are generally hard to find and thereby reduce our liability and allow us to move to a more advisory role.”

Accountants seem to share this view, as 58% of accountants strongly agreed with the notion that AI will be a net positive for their company moving forward, according to a 2019 report on the accounting industry, conducted by Sage.

3. Greater utilization of the internet

Broadband and other high-speed internet connections have revolutionized the online world, enabling people and businesses to connect with clients and colleagues via video conferencing. As reported by Hackernoon, accounting information systems may increasingly rely on video conferencing to enhance transparency, productivity, and provide clientele with a more interpersonal relationship with their accountants, albeit virtually. Unlike banking, which is increasingly done online with no direct interaction, accounting clients often prefer conducting business face-to-face, where they can actually see the people they’re dealing with. AIS software providers that leverage video conferencing software can help to increase customer engagement and overall satisfaction.

Blockchain technology has become a buzz phrase in many circles in recent years, including accounting. Because accounting work processes often involve many different players all looking at the same data, blockchain technology enables multiple users to see figures all at once, including when changes are made via manual entry or deletion. All of this is done in real time. As noted by Forbes, AIS software will likely continue to take advantage of blockchain technology because of the convenience it provides to users all while improving due diligence. In other words, since only those with access can see when data is adjusted or transactions are recorded, no one has to make assumptions as to whether information is in the AIS pipeline or is missing. This reduces guesswork and makes reconciliation more streamlined.

Security remains top of mind for virtually all industries, mainly because data theft is so commonplace. According to the Identity Theft Resource Center, data breaches in the U.S. alone topped 1,470 last year, up 17% from 2018.

Financial and accounting firms weren’t spared from these cyberattacks. In fact, the sector was targeted more than any other in 2019, accounting for 17% of all industries impacted by a breach, according to IBM’s X-Force Threat Intelligence Index.

AIS software developers are poised to continue to leverage the latest cybersecurity measures so sensitive financial data stays out of the wrong hands. These efforts and features may include virus detection, firewalls, and tutorials that teach accountants basic best practices when inputting or storing data.

Technology ― accounting related or otherwise ― is constantly evolving. Your ability to adopt and incorporate that technology is key to thriving in the accounting profession.

Whether you’re someone who aspires to this profession or already an accountant who is looking to advance, a master’s degree in accounting through UAB’s Collat School of Business can supply you with the credentials and capabilities that can make you more marketable and successful. Apply now or download the brochure for details on the curriculum and online coursework.

7 Reasons You Should Choose Accounting

The Basics of Starting an Accounting Firm

Raconteur – A Day in Data

Robert Half – Survey: 82% of Workers Want Updates on Company

Forbes  – Why Artificial Intelligence is the Future of Accounting

Forbes – Accounting Trends of Tomorrow: What You Need to Know

World Economic Forum – How Much Data is Generated Each Day?