Accountant vs. auditor: What career should you pursue?

The world of accounting doesn’t consist of one uniform career path. While some who enter these firms and departments will be best suited for roles as accountants, others will fare better as auditors. It all depends on the skills and interests of the individual. The decision about which path to pursue is something to think about even before beginning a master’s degree program in accounting.

The good news is that both paths are worthwhile career tracks that may lead to great opportunities for accounting degree-holders. However, auditing and accounting skills are related but distinct. Taking a closer look at the necessary skills, knowledge, competencies, and focus to enter and excel in one of these professions may give prospective degree seekers an accurate picture of the path they should follow during and after their education.

About the Role: Accountant

Accountants are needed to take care of accounting, tax, and budgeting matters. The profession is divided into public accountants, who operate out of independent practices that serve a variety of clients; management accountants, who are on staff at companies; and government accountants, who serve in an official federal, state, or local capacity. The connection between these branches of accounting is the handling of important documents that must be filed to ensure compliance with tax and other financial laws.

When pointing out top accounting priorities, Investopedia explained there is a need for accountants to be meticulous and get things right, even when the calculations involved are complex. Good accounting skills include a knack for quickness and precision. The work performed by accountants will be checked, and if it is wrong, the accountant may suffer a serious reputation hit. The person performing such checks is typically an auditor.

According to the U.S. Bureau of Labor Statistics, there is strong demand for several varieties of accountants. Entry-level roles are set to heat up over the coming years as companies seek to increase their ranks. Furthermore, accountants who have earned Certified Public Accountant certification qualify for a wider range of roles. The BLS also singled out individuals with master’s degrees in accounting as good candidates for desirable roles within the profession. 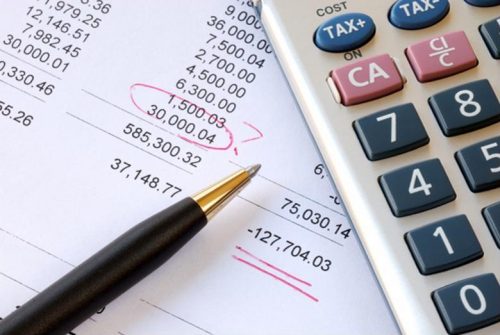 About the Role: Auditor

Just as there are several kinds of accountants, auditors may find themselves in a number of different roles. When an auditor works internally, he or she is in charge of ensuring a private company isn’t misusing its funds. When these professionals detect problems, they make suggestions to increase overall effectiveness. External auditors are similar in their duties but work for third-party organizations. They examine financial statements on a case-by-case basis for any problems or discrepancies. Information technology auditors are focused on the digital systems that contain financial data.

When listing specific skills and abilities needed to become an effective auditor, Investopedia singled out a keen mind for detective work. This is because the problems auditors are sent to find may be well hidden, especially if the company in question employs bad actors intentionally trying to hide errors. Individuals committing fraud will take steps to avoid being detected, and auditors should be sharp enough to see through these feints and smokescreens.

The need for auditors will increase alongside the demand for accountants, according to the BLS. Growth in the economy brings a heightened need for individuals to inspect financial records and ensure everything is being handled in a compliant, efficient, and optimal manner. The BLS cited global business growth, economic expansion, and the complex regulations surrounding taxation as signposts pointing to an enduring need for auditing talent.

While there are differences in responsibilities between accountant and auditor jobs, the BLS groups them together when calculating expected employment and salary over the next few years. As Investopedia pointed out, the prospects for this combined job description are very positive. The BLS projects a 10 percent increase in employment for accountants and auditors over the coming decade, higher than the 7 percent for all jobs and equal to the growth of demand for financial specialists.

Investopedia added that there is another connection between these two job descriptions, one that people may not expect if they base their assumptions on stereotypes: Instead of performing solitary duties poring over giant tables of figures, these financial professionals tend to work in teams. When a job is large, such as reviewing an organization’s financial statements or creating an accurate projection of sales, auditors and accountants tend to work together. Presentations to corporate executives have also become a common responsibility, demanding an extroverted and clear style.

Studying for Accounting and Auditing Roles

Professionals who earn a master’s degree in accounting may be more suited to supervisory accounting or auditing roles. Even in these advanced positions, they’ll be forced to choose between the two career paths. A lead accountant earns an average of $85,058 annually and is in charge of preparing essential documents such as financial reports, as well as asset and liability statements. An auditing manager, in line to earn an average of $81,693 annually, will be called upon to make overarching recommendations about improving practices, as well as detecting all kinds of financial problems.

Studying for a Master of Accounting doesn’t require a professional to leave his or her current role. Schools such as the University of Alabama at Birmingham offer these degrees through online study models, allowing students to take courses on schedules that make sense to them. Through a bridge program, students with bachelor’s degrees in subjects other than accounting can pursue such a major.

What to expect: Pursing a career as an auditor

What it is like to be a financial analyst

Start Your Journey Today
Apply Now
Want to learn more about our dynamic online business degrees?
Click the button above to download a free brochure or to speak to one of our helpful enrollment advisors.
X